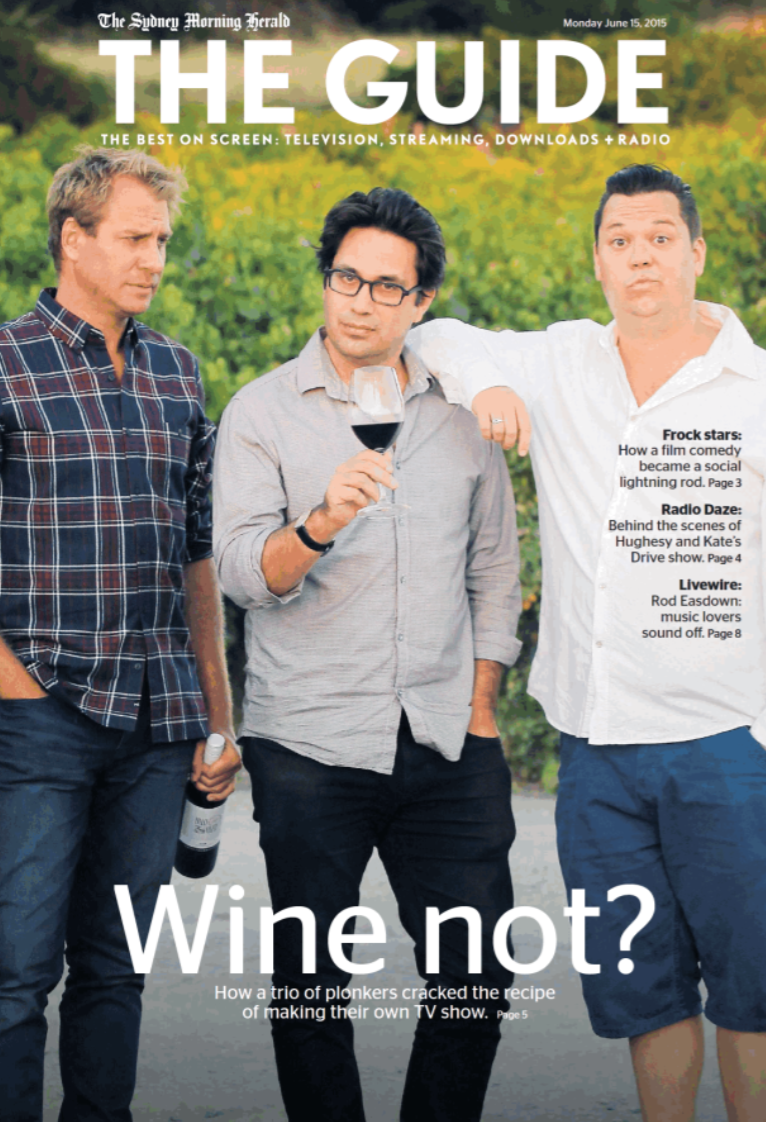 What: Plonk
When: Season one is on Stan. Season two launches on June 18 on Stan.

As with many creative enterprises, it was the solution to a couple of seemingly insurmountable problems that opened the door for the makers of a TV satire. The web-to-TV series Plonk is about an inept trio of TV-makers trying to make a show about the wine industry; think Frontline crossed with The Larry Sanders Show. The Chaser’s Chris Taylor plays a version of himself as the doomed programs host, with the shows creator, Nathan Earl, starring as the pragmatic producer trying to clean up the mess the team leave in their wake.